A project of Wiki In Africa, WikiFundi was designed to facilitate and support the growth of Wikimedia communities across Africa who work under challenging conditions.

It also facilitates educational projects, two of which are WikiChallenge and WikiAfrica Schools. Both projects were designed to encourage an understanding of how knowledge is created and to forge the habit of contributing to the internet in the next generation of Wikipedians in Africa:

The WikiFundi application is available in English and French. It can either be directly downloaded and installed on your own servers, or it can be received on an SD card as part of a “package”.

There are several WikiFundi packages available. Each package consists of a raspberry pi offline server (including server, preloaded SD card, and charger). All packages have Training and Information Resources. But each package has a different configuration of additional offline resources on the SD cards : some packages also include offline versions of Wikipedia, Wikiquote, Wiktionary, WikiMed, Vikidia, French Wikimooc, and Wikisource, in French or English.

You can get a WikiFundi package that is suitable for your needs from the Get WikiFundi page.

WikiFundi, WikiChallenge African Schools, and Wikipack Africa was conceptualised, developed and launched by Florence Devouard and Isla Haddow-Flood, in collaboration with Emmanual Engelhard and Wikimedia CH. The projects were supported by the Orange Foundation that has an ongoing commitment to digital education in Europe and Africa, especially through the “Digital Schools” Program. WikiAfrica Schools is an ongoing project, whose pilot project in South Africa was funded by the Moleskin Foundation.

Additional development of WikiFundi was supported in 2018 by the Wikimedia Foundation. WikiFundi is published by the Wiki in Africa association. It is designed to support the WikiAfrica movement and Wikimedia volunteers across Africa.

WikiFundi, WikiChallenge African Schools, WikiAfrica Schools and Wikipack Africa and its documentation are copyrighted by Wiki In Africa and licenced under CC-BY-SA 4.0.

WikiFundi has been developed by Wiki In Africa to support existing and new wikimedians across Africa, and to facilitate the activation of content relating to Africa created on the continent. 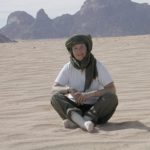 A Wikipedian since 2002, a former Chair of Wikimedia Foundation and a founding member of Wikimedia France, Florence Devouard was born in France where she currently lives. She is a public speaker and a consultant. Above everything, she loves to share her knowledge of new practices and online communities. She cares for language diversity and multicultural dialogue, and is a supporter of the open-source and free knowledge movement. Since 2013, Florence is the co-leader on projects related to Wikipedia and Africa, such as Wiki Loves Africa, Wiki Loves Women, Kumusha Takes Wiki etc. >> Linkedin profile 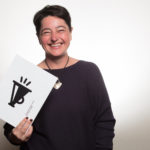 A Zimbabwean by birth,  and a Capetonian by adoption, Oxford-educated Isla Haddow-Flood is a writer, editor and project strategist who is passionate about harnessing communication technology and media platforms for the advancement of open access to knowledge; specifically, knowledge that relates to and enhances the understanding of Africa via the Open Movement (and especially Wikipedia).  >> Linkedin profile

Emmanuel Engelhart (User:Kelson) has been a Wikipedia editor since 2004, but is most well known for the inspirational development (with Renaud Gaudin) of Kiwix, the offline Wikipedia. Emmanuel believes that access to information is a basic right that the whole world should be entitled to. “Water is a common good. You understand why you have to care about water. Wikipedia is the same; it’s a common good. We have to care about Wikipedia.” >> Linkedin profile 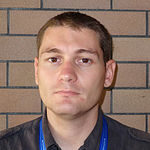 Renaud is a Mali Information Management Expert. Specialist in all-fields of Information management, from infrastructure to Decision-level dashboard, through Data Collection and Trainings. Renaud took care of the technical development of the 2021 version. User:Rgaudin on Wikimedia project. https://www.linkedin.com/in/rgaudin

Wikipedia Editors around the world

This project could not be possible without the thousands of hours and dedication of Wikipedians around the world how have developed and written Wikipedia to what it is today. The article you will be reading as examples are compiled over thousands of hours. This project would like to acknowledge their effort.

A programmer and hacker since a very young age, Florent Kaisser is passionate about computers and very attached to the free softawares, to Commons in general, and the university world. After a PhD in Computer Science on mobile networks field and few years working in a research laboratory, he is now freelancer as a developer and consultant looking for interesting projects and in keeping with his ideals. Wanting to combine intellectual and physical work, he created in 2016 a bicycle delivery cooperative in Lille (France) where he lives since 2010 (http://lille.bike). 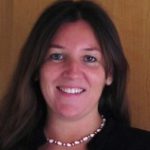 Christine Welthagen, (User:Cwelthagen), French born, has been working in the UK and Middle East for many years before settling down in Cape Town. Former Head of Foreign Languages Department in various International Schools where she started to familiarise herself with Wikipedia as a teaching tool, she now works from home and dedicates her time to translation work.